Straitstimes.com issued article about Singapore's push to go car-lite picks up steam on 28 Feb 2017, they are expecting "Full impact of car-lite drive 'in 10 to 15 years" by Danson Cheong.

Since Car-Free Sundays began in February last year, thousands have flocked to the city each time on bikes or e-scooters to experience wheeling about without congesting, smoke-emitting, noisy vehicles.

Contrast that image with an office worker scowling as he leaps out of the way of an e-scooter hurtling silently past him on the footpath, its rider equally intent on getting to work.

These are just two faces of the rapidly changing nature of transport in Singapore.

Advances in technology have thrown up more attractive ways for people to get around, and are a boon to the Government's push to be less dependent on cars, although the road has been fraught for some.

A significant milestone in the car-lite drive was reached last Tuesday when Parliament passed the Active Mobility Bill.

It spells out punitive measures for errant riders but, more importantly, it legitimises the use of bicycles and personal mobility devices or PMDs - a catch-all term to describe devices like e-scooters, hoverboards and unicycles - as a mode of transport.

After years, bicycles can now officially go on footpaths as well as the usual cycling paths and shared paths. The same will also go for PMDs.

E-bikes, on the other hand, have been consigned to the roads, and cycling paths and shared paths - and riders face stiff fines or jail terms if they do not comply.

The new law comes at a point when Singaporeans from all walks of life are embracing these new-fangled mobility devices.

We now see elderly uncles zooming to the kopitiam on e-bikes, the disabled whizzing about the heartland in motorised wheelchairs, and in the city, professionals in crisp, pressed shirts zipping around on e-scooters.

No wonder, as the Land Transport Authority's (LTA) director of active mobility Tan Shin Gee puts it, Singapore is making "good progress" on its journey to be more cycling friendly.

But how close are we really to reaching that vision of a car-lite Singapore?

In five to 10 years, the LTA hopes there will be about four times the number of people cycling or using PMDs to get around.

The authority, which is spearheading the drive to go car-lite and reduce reliance on the private car, tells Insight it is working at boosting safety and connectivity for cyclists.

This active mobility push - encouraging people to travel by bike, PMD or even walk - is "essential to Singapore's transition to car-lite mobility, centred on public transport", the Government said in Parliament last week.

Getting workers to ditch the car

The 'red carpet' and spotlight on safety

The idea is for people to choose that option to get to the bus or train for the rest of their journey.

This car-lite push is helped along by technological developments - with the rise of private car-hire apps and autonomous (self-driving) vehicles, which could soon ply the roads as buses and taxis.

At present, only 1.5 per cent of all trips are done by bicycle, but Ms Tan hopes this will rise to 4 to 6 per cent.

To put this in context, Taipei - considered one of Asia's more bike-friendly cities - has cycling take up about 6 per cent of all trips.

Says Ms Tan: "We are making good progress. But this is not something you can change within a short span of time."

The LTA has been progressively beefing up Singapore's cycling infrastructure in the last few years, and simultaneously launching educational and promotional campaigns to convince Singaporeans that two wheels are better than four.

The Urban Redevelopment Authority (URA) is also carrying out experiments to see what would work here by running a range of pilot schemes, such as organising monthly Car-Free Sundays, using Ang Mo Kio to test new ideas for cycling infrastructure and ongoing trials with autonomous vehicles.

"A lot of experimentation is needed for us to find solutions that suit our own circumstances," says URA chief executive Ng Lang.

BUILDING THE CITY FOR PEOPLE

With scarce land, Singapore cannot keep building more roads for more cars - already, 12 per cent of land is used for roads, compared with 14 per cent for housing.

There is a "strong resolve" to move towards a car-lite future, says Mr Ng, adding that the wheels have been set in motion and the full impact of changes will be felt in 10 to 15 years.

Apart from doubling the rail network to 360km by 2030 and increasing the size of the bus fleet, the Government is also trying to decentralise the Central Business District. It is developing hubs like Jurong East and Paya Lebar, so people travel a shorter distance to get to work.

Dr Alexander Erath, from the Singapore-ETH Future Cities Laboratory, says Singapore has had for a long time "a separation of jobs and residences". As a result, people often have to travel distances greater than 3km to 4km - which is difficult to cover on a bicycle.

But as these changes make the city more cyclist- and pedestrian- friendly, this will change, and motorised travel demand will drop, says Dr Erath, adding that the willingness to cycle or walk is guided to a large extent by how the environment is designed.

This is where infrastructure projects like the upcoming North-South Corridor and Bencoolen Street come in. Both will have dedicated paths for pedestrians and cyclists.

The 21.5km North-South Corridor - which will stretch from Woodlands to the city when launched in 2021 - is the first expressway designed in this way.

ARE EFFORTS PAYING OFF?

And while the newly passed Bill will allow bikes and PMDs on footpaths, this is not ideal, says Dr Erath. He hopes the changes will not mean a let-up in efforts to build safe, dedicated paths.

"For me, seeing a bicycle on a sidewalk just tells me that there is no other place for that bicycle to travel," he says.

And there are signs that the more infrastructure you build, the more people will ride.

Compared to the national average of 1.5 per cent of people who cycle, in towns where cycling networks have been completed, such as Tampines, Pasir Ris, Yishun and Sembawang, about twice the number do so, says Ms Tan.

Last year, the authority also built cycling links to 12 MRT stations, connecting them to the park connector network - the most extensive cycling network here at the moment.

But work remains to be done.

At Clementi, over a dozen riders were spotted over an hour. In Ang Mo Kio, the number was 23. No one was seen using the new paths at Potong Pasir.

This could be because of a lack of bike parking at the MRT stations commuters ride to.

Said engineer Tint Lwin, 51, who cycles to Clementi MRT station daily: "More people are cycling, but there's not enough space for bikes at the station."

A successful cycling network is a sum of many working parts - ample bike parking, dedicated space where cyclists can cross roads and wheeling ramps to go up overhead bridges. They might seem small matters, but they make the entire journey "seamless", says Ms Tan.

She adds that the LTA is keen to find out whether the infrastructure has "catalysed a change in people's behaviours" - and will hold surveys this year to quantify the impact.

"Hopefully over time, it will lead to more people cycling, because they also feel the whole experience is more convenient for them," says Ms Tan.

But what will take more time is to develop a cycling culture, one of graciousness and sharing - a point debated in Parliament last week.

Says Ms Tan: "Active mobility is not something you can push for as a mode of transport, it's something that people need to be convinced contributes to their lifestyle."

This is where initiatives like Car-Free Sunday and Streets For People come in - in which streets are closed to cars and opened to other activities.

With several thousand people attending each event, the response has been very encouraging, says Mr Ng, who admits he had doubts whether the public would react warmly to the idea when it first started.

"I have to say it has succeeded beyond our imagination," he says, adding he is optimistic that it can, over time, convince people to change their lifestyles.

A URA poll of 300 participants at last July's Car-Free Sunday - in which parts of the CBD and Civic District were closed for a morning - showed 97 per cent felt the event was a good way to experience the city with fewer cars.

Check back soon
Once posts are published, you’ll see them here. 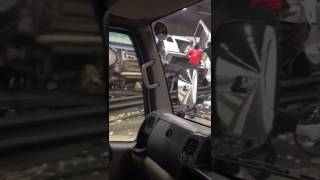